The rated life of the rolling mill bearing is directly proportional to the 10/3 power of the bearing load ratio. Under the same overall dimensions, the rated dynamic load of four row cylindrical roller bearing is more than 15% higher than that of four row tapered roller bearing, so the rated life of the former is 60% higher than that of the latter. The selection of support roll bearing plays an important role in narrow strip mill. For the old rolling mill with large bearing consumption, roll system transformation should be carried out, and the bearing with greater load capacity should be selected, which can achieve obvious results and is also an economic and effective way to reduce consumption.

The accuracy grade of rolling mill bearing also affects its service life. Due to the limit of rolling mill speed, the dynamic pressure lubricating oil film of the support roll bearing is generally thin. Therefore, the high-precision bearing has a lower raceway surface roughness, so it can maintain better continuity of the oil film and better lubrication. It is recommended to select P6 and above precision bearings on the support roll as far as possible.

If the bearing pedestal is not designed and manufactured properly, it will lead to uneven bearing force and reduce bearing life. The requirements for the bearing block are: sufficient wall thickness shall be reserved in the load area of the support roll bearing block, and generally, it shall not be less than 1/3 of the bearing diameter. The bearing pedestal shall be self-aligning to avoid bearing bearing eccentric load due to roll deflection and deformation. The adjusted archway window lining plate shall be taken as the base surface to keep the axis of bearing seat hole parallel to it. Also, frequently check whether the cylindricity of the bearing seat hole meets the requirements to ensure that the bearing has a good stress state. 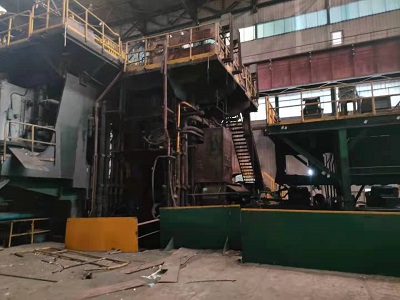 In order to increase the axial load capacity of the work roll bearing, some manufacturers adopt the method of installing two sets of double row tapered roller bearings in parallel. The width of the outer ring of this bearing is smaller than that of the inner ring, and a spacer ring needs to be added between the two outer rings. It must be noted that the two sets of bearings must be measured and then equipped with grinding spacers to ensure that the four rows of roller clearance of the two sets of bearings are consistent, and the spacer thickness of each two sets of bearings is different. However, some manufacturers simplify the spacer ring into a uniform size for the convenience of management, which often leads to abnormal clearance and bearing burning.

Lithium base, aluminum base and polyurea base grease are ideal lubricants for rolling mill bearings. For low speed and heavy load narrow strip rolling mill, in order to form dynamic pressure oil film on the bearing raceway, it is required that these grease base oils have high viscosity, generally not less than 320mm2/s. The lubricating grease shall contain extreme pressure additives, which can form an extreme pressure film with the bearing raceway at a certain temperature and play a role in reducing wear at low speeds.

Narrow strip hot rolling mill is usually subject to strong impact load, bearing vibration is large, and lubricating grease is easy to run off. Therefore, the lubricating grease is required to have a strong adhesion, which can be firmly attached to the surface of the part. Some of the grease is used to lubricate the bearing on the raceway, and the rest is stored in the internal space of the bearing for sealing.

The oil air lubrication technology can be used to transport high viscosity lubricating oil, and the high air pressure in the bearing block can be used to block the external dirt, which has an ideal sealing effect. When the gas is discharged, it also takes away the heat inside the bearing. If this technology can be adopted, the service life of rolling mill bearings will be significantly increased and consumption will be greatly reduced.

Poor sealing is also a main reason for the damage of rolling mill bearings. If the external dirt invades the bearing seat, the first pollution is the lubricating grease near the outside, which causes wear on the surface of the bearing parts. With the increase of dirt, the wear surface will continue to expand, forming cracks along the circumference and gradually expanding, eventually causing the ring to crack. In serious cases, rolls, bearing blocks and other related parts will be scrapped.

Due to special working conditions, rolling mill bearings need 2-3 kinds of sealing combinations to have a good effect. For example, radial clearance labyrinth seal, skeleton oil seal or RBR mill special seal ring. The sealing effect shall be judged by whether the lubricant deteriorates within a certain working time. If the lubricant is emulsified, separated, or mixed with impurities, the sealing device shall be improved in time. The simplest method is to install a special RBS (quick sealing pair) for rolling mill. It is not necessary to change the bearing pedestal or increase the difficulty of roll change when using this sealing pair.