1. What preparations should be done before rolling?

1) Roll: Consider the position of the roll after the roll jump;

2. What are the precautions for trial rolling?

2) Supply cooling water before operation, after a period of idling, check whether the rolling mill is running normally, check whether the temperature rise of various bearings is normal, and see if there is any abnormal phenomenon of overheating and deformation.

3) Prepare the test rolling material in advance, tap the steel at a slow speed, and do not roll the rolling stock below the specified temperature, so as not to cause the main motor to trip or the safety device to be damaged.

4) In the process of trial rolling, measure the size of each red billet, and check whether the size is correct and the surface quality is good according to the adjustment icon. Only after the trial rolling is qualified can it enter into normal production.

3. What is the mainframe of the rolling mills? What equipment does it consist of? 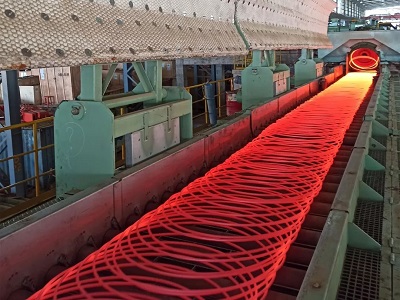 4. What connection devices does the rolling mills have?

All roll diameters have a certain range of variation. From the installation of a new roll to the scrapping of the roll, the axis position of the roll should change up and down, while the axis of the herringbone gear in the gear seat is unchanged. The universal joint shaft allows the axis of the roll to have a large inclination angle (8-10°C) to the axis of the herringbone gear, which can smoothly transmit the torsional moment. The allowable inclination angle of the plum-blossom shaft is only 1-2 degrees, which is only suitable for rolling mills where the distance between the center lines of the work rolls does not change much. It is easy to disassemble and easy to change rollers.

5. What are the common rack forms?

The open frame is composed of a frame base and an upper beam. The advantages are simple manufacture, convenient loading and unloading, and convenient roll change. The disadvantage is that the strength and stiffness are low, and the roll jump value is large.

The closed frame is made of an integral casting, which has the advantages of high strength and rigidity, high rolling pressure or strict requirements on the size of the rolling stock, such as blooming mill, steel plate rolling mill, cold rolling machine, etc.

A diagonal connection is used between the semi-closed rack and the rack cover. It combines the advantages of both open and closed racks, and is convenient for loading and unloading, roll changing, easy to manufacture, and has greater rigidity. Generally, large and medium-sized steel rolling mills use this form of rack.

In addition to the above-mentioned types, there is also a no-paifang rolling mill, which has the advantages of light weight, good rigidity, high rolling precision, and convenient adjustment and operation.

6. What is a short stress line mill? What is a no-paifang mill?

The short stress line rolling mill cancels the long stress member frame in the ordinary rolling mill, and two tension bolts on each side of the roll fix the two very rigid bearing seats together, which greatly shortens the rolling mill stress loop length, so that the rolling mill has greater rigidity.