What is hot rolled coil?

Hot rolled coils are steel sheets that are made of slabs as raw materials and are rolled by rough rolling and finishing mills after heating.

My country is the world's largest producer, consumer and exporter of hot-rolled coil, with an output of 232 million tons in 2015. The development of the iron and steel industry has effectively supported the stable and rapid development of my country's national economy, and the improvement in the output and quality of hot-rolled coils has also better satisfied the growing actual needs of my country's construction, machinery manufacturing and other industries.

Hot-rolled coil is an important type of steel, which mainly reflects the needs of industrialization. It has excellent properties such as high strength, good toughness, easy processing and good weldability, and is widely used in ships, automobiles, bridges, construction, machinery, pressure vessels and other manufacturing industries.

Medium-thick and wide steel strips refer to steel strips with a thickness of ≥3 mm and less than 20 mm and a width of ≥600 mm, which are produced by continuous wide-band hot rolling mills or furnace rolling mills and delivered in coils.

Hot-rolled sheet refers to a single sheet of steel with a thickness of <3 mm. Hot-rolled sheet is usually produced by equipment such as continuous wide-band steel rolling mill, continuous casting and rolling of thin slab, and delivered in sheet form. 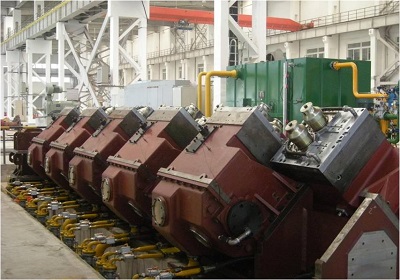 In terms of industries, the downstream demand for hot-rolled coils is mainly in the following industries:

After years of development, the domestic building steel structure industry has become a large-scale industry, with an annual consumption of hot coils ranging from 3 to 4 million tons. Steel structures are widely used in high-rise buildings, airports, stadiums, exhibition halls and other buildings. There are two main uses of hot coils in the manufacture of steel structures: one is for welded structural pipes; the other is for open flat plates, and at the same time, the thickness of more than 6mm is used to replace some of the middle plates.

Coiled plates are used in the welded pipe industry to weld large diameter (above 800mm) spiral and straight seam steel pipes. As all major domestic pipe networks have been constructed and formed, large welded pipes have gradually cooled down in recent years after years of heat consumption. At present, various steel pipe factories generally have insufficient operating rates and unstable raw material orders. The consumption of hot coils in this industry is declining year by year. Trend, the annual consumption is about 1.5 to 2 million tons.

Hot coils are all used in buildings above the deck in shipbuilding, so the requirements for product and Kaiping quality are not high. Due to the convenient transportation by river and sea, East China is a densely populated area of domestic shipbuilding industry. There are more than 300 large and small shipyards, mainly concentrated in Taizhou, Ningbo and Zhoushan Islands. The annual consumption of HRC is about 1.2 million tons.

5. Boards for other industries

The consumption of hot-rolled coils in various small and medium-sized industries is mainly concentrated in coastal areas, especially in the Yangtze River Delta and Pearl River Delta regions. Wanjia, through the processing and distribution of dealers, more than 50% of hot coil consumption is concentrated in these industries, and other areas such as Ningbo are the largest manufacturing bases of plastic machines and cabinets in the country, and hot coil consumption also accounts for a considerable proportion.