Answer: Process lubrication plays an important role in cold rolling strip production. Good process lubrication can reduce the friction between the strip steel and the roll, thereby reducing the rolling pressure and tension, increasing the reduction to reduce energy consumption, making it possible to roll thinner products. In addition, good cooling and lubrication can improve the thickness accuracy and surface quality of strip steel, and improve the service life of rolls.

2. What are the rolling process parameters? What's the use?

Functions: ① Deformation temperature is an important technological condition to determine the good strength and toughness of steel. Heating before rolling is the first step to achieve controlled rolling. It also plays an important role in the final properties of steel and obtaining the most suitable structure.

② In the controlled rolling process, the grains are generally finer with the increase of deformation degree. Therefore, the strength of the wind material increases and the brittle transition temperature decreases. 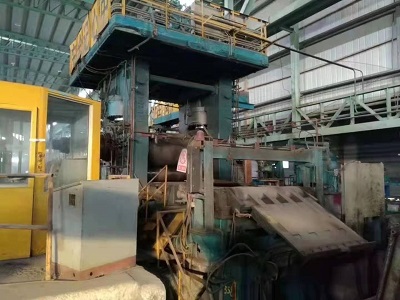 Answer: On the basis of roll cracks, if the roll is not replaced in time, continue to roll at high speed

Rolling under the braking force will cause the roll to lose flesh, so that the strip steel can be rolled through; In addition, because the emulsion is not clean and contains hard impurities or the broken strip steel is pressed into the roll gap, pits are generated on the roll surface, which will also cause similar defects in the strip steel.

4. How does the edge or middle wave shape come into being? What is the impact on cold rolling plant production?

Answer: The wave shape at the edge or middle is often caused by uneven reduction of both sides or middle and both sides during hot rolling, and uneven longitudinal extension of rolled pieces due to uneven heating. When running on a continuous unit, new scratches often appear at the lower part of the wave shape; If the wave shape is serious, there will be many defects such as flesh after trimming and different end tightness after coiling, and there will be deviation, wrinkling and rolling instability in the cold rolling process.

5. What are sickle bends and S-bends? What impact do they have on cold rolling mill production?

6. Why should the strip be cooled during cold rolling plant?

Answer: Prevent strip steel from deviation during rolling (i.e. ensure correct centering rolling); Keep the rolled strip straight (including keeping the flatness straight during rolling and good flatness after rolling); Reducing the deformation resistance of metal is conducive to rolling thinner products and plays a role in properly adjusting the load of the main motor of the cold rolling mill. As the change of tension will cause the change of forward slip and roll speed, it has a certain automatic adjustment effect on the cold rolling process.

8. How to inspect the installation of rolls and components?

Answer: In order to ensure the normal rolling, the roll position, main and auxiliary parts of the rolling mill and relevant equipment must be checked before rolling.

② Check whether the main and auxiliary parts of the rolling mill are installed correctly, whether the screws of each part are fastened, whether the length of the connecting rod wooden rod is appropriate, and whether the binding is firm; Whether the installation of guide device and cooling water pipe is reasonable and reliable.

③ Check the operation of auxiliary equipment; Whether there are foreign matters in the conveying roller table and enclosure, and whether the safety protection facilities are complete and reliable.

9. How to control the hydraulic roll bending of the cold rolling mill?

11. In cold rolling strip production, what is the purpose of strip flatness?

Answer: ① Eliminate the yield platform of strip steel and improve the mechanical properties of steel;

② Improve the flatness of the strip steel to obtain a good shape;

③ The surface of the strip steel can reach a certain roughness, thus obtaining different surface structures of the steel plate.