1. What is reversing cold rolling? What are the advantages of cold rolled strip steel?

Cold rolling production can provide a large number of steel plates and strips with high accuracy and superior performance. Its main feature is low processing temperature. Compared with hot rolling, it has the following advantages:

① Cold rolled strip products are accurate in size and uniform in thickness;

② Extremely thin materials that cannot be produced by hot rolling can be obtained;

③ The surface quality is superior, and there are no such defects as pitting, pressed scale and so on that often occur in hot rolled strip steel.

2. What characteristics does the motor meet in the cold tandem rolling process?

Answer: ① The rolling mill is required to have a large speed regulation range and be continuously adjustable.

② The rolling mill speed of each stand can be separately started, braked, operated in forward and reverse directions, and can be jointly started and braked.

④ During threading, acceleration, steady speed rolling and deceleration operations, the required strip steel tension shall be ensured and tension fluctuation shall be reduced.

3. What is the minimum rolling thickness of cold rolling machine? 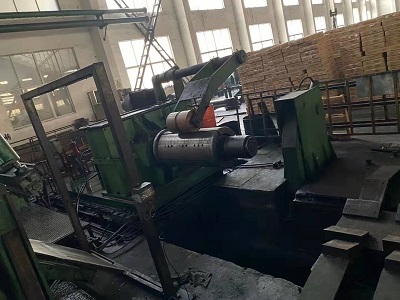 5. How does work hardening affect the cold rolling mill process?

Answer: The strip steel has different degrees of work hardening during rolling. After the work hardening exceeds a certain degree, the strip steel is too hard and brittle to continue rolling. Therefore, if the strip steel wants to continue rolling thin after a certain pass of cold rolling, that is, after a certain total cold rolling reduction is completed, softening heat treatment (recrystallization annealing, etc.) is often required to restore the plasticity of the rolled piece and reduce the deformation resistance.

6. What are the components of the cold strip rolling machine train?

7. What effect will the roll diameter have on the rolling process?

Answer: ① The roll diameter is too small, which reduces the adjustment effect of bending roll and makes it difficult to control the plate shape.

② The roll diameter is too small, exceeding the depth of the hardening layer on the roll surface, and the surface hardness of the roll is small. On the one hand, there are many soft spots, which affect the surface quality; On the other hand, the contact arc area in the deformation zone increases, and the rolling force increases.