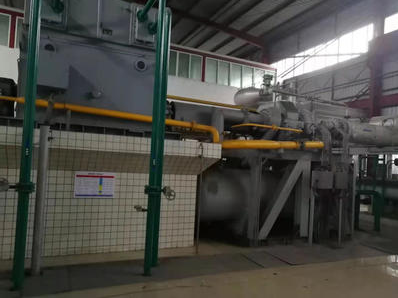 Before the start-up of the expander, it is necessary to purge (remove the impurities in the piping system and the volute of the expander), then supply the sealing gas (normally provided by the pressurizing end), and then conduct the external circulation and internal circulation of the oil system. After the interlock test, the expander can be started. After the cold test is qualified, it can be cold tightened; It is necessary to start the oil tank heater for cold start, which is not required after normal operation. At this time, the cold and heat of the bearing have been balanced.

The essence of the liquid expander is to use the pressure head of the high-pressure liquid to do hydraulic work (at the same time, the liquid enthalpy is reduced, but it is far from that of the gas). Generally, the liquid expander can be used to replace the high-pressure liquid air throttle valve for the internal compression air separation equipment above 40000 grade. Its advantage is that it can save energy by using liquid expansion machine cold and expansion work to generate electricity. Generally, it can save energy by about 2%, but its investment is up to ten million yuan.