What is an air separation plant?

1. Compression system: The core device is the air compressor, which is used to pressurize the raw air. 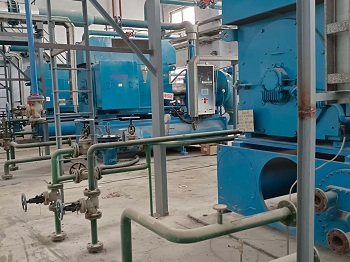 3. Refrigeration system: The main device is a turbo-expander. After a part of the purified and pre-cooled compressed raw air is expanded by the expander, the temperature is further reduced.

6. Product delivery system: The main devices are nitrogen compressors and oxygen compressors. The product gas can only meet the requirements of the user's subsequent system after being compressed to a certain pressure.

8. Control system: It is mainly a computer distributed control system, which automatically controls the whole process of air separation.

From the perspective of the supply side, from 2015 to 2018, the output of my country's gas separation and liquefaction equipment dropped from 60,900 units to 46,000 units, and the output began to grow rapidly in 2019. According to the data of China General Machinery Industry Association, China's gas separation and liquefaction in 2021 Equipment output increased to 148,500 units, a year-on-year increase of 17.67%.

The large-scale air separation plant has become the development trend of the industry. First, under the background of my country's "carbon neutrality" policy, carbon emissions are gradually becoming stricter, and industrial enterprises are encouraged to replace old equipment with large and extra-large equipment with lower unit energy consumption. According to the calculation of China Industrial Gas Association, the unit production energy consumption of professional large-scale air separation plants (oxygen production > 5000Nm3/h) is only about 1/2-1/3 of that of small devices (oxygen production <1000Nm3/h).

In the case of the same total oxygen production, compared with purchasing and building multiple sets of small and medium-sized air separation equipment, purchasing and building a large air separation equipment can save equipment investment, reduce floor space, reduce product energy consumption and operating costs. The second is that industrial enterprises "return to the city and enter the park", the circular development of the park has entered the fast lane, and the centralized supply of the park has made the air separation equipment show a rapid and large-scale trend. The third is the gradual upgrading of the manufacturing technology of downstream enterprises, and the demand for oxygen will also increase.